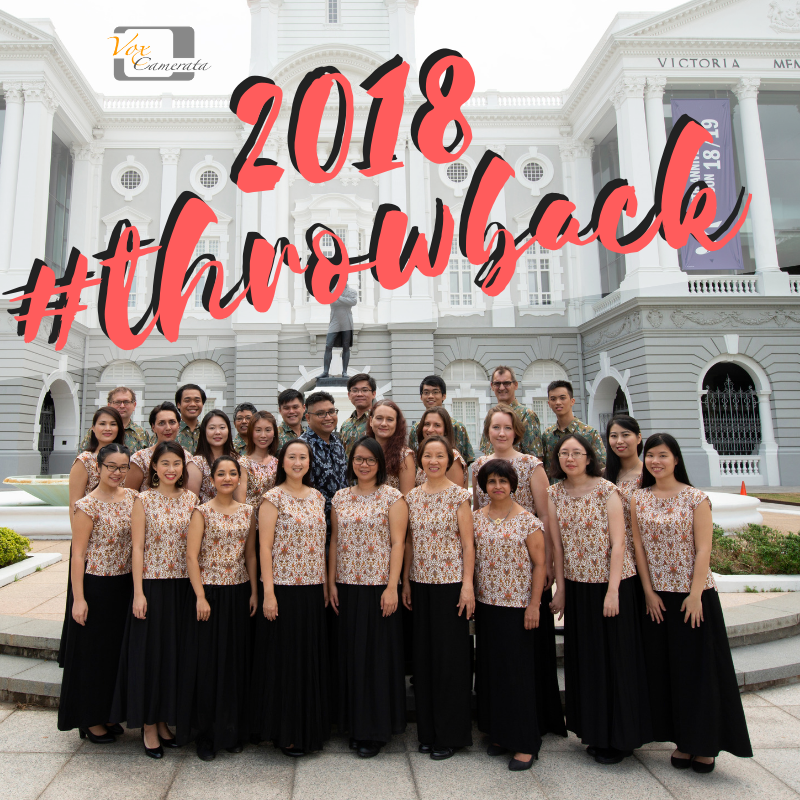 What a year it has been! If you’ve following us since January, you would know that this year has indeed been one long ride for Vox Camerata. Besides organising our annual concerts, we found ourselves sharing the stage with other voices in Singapore for festivals and performances! Now that we’ve completed our final gig of the year, let’s take a look at what we were up to in 2018! 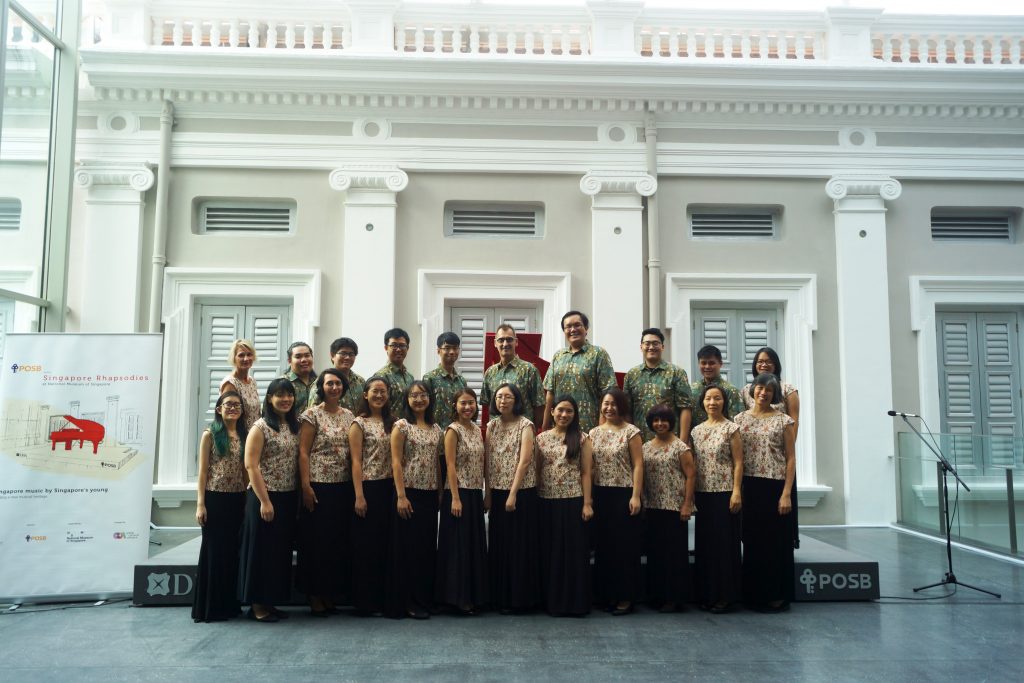 We began our year with a public performance beside the one and only red Steinway concert grand piano in Singapore! There, we presented a myriad of works including local compositions by Lennie Chua and arrangements by our Artistic Director Shahril Salleh.

The concert was proudly supported by Arts Fund, Silver Sponsor, Terrabit Networks and De Mirror Make-Up House as our Make-Up Partner. We would also like to thank cajon player Yuan Yun Xi for making her appearance. In line with our mission to make choral music accessible for all, this concert also extended to the beneficiaries of Singapore Cancer Society and Beyond Social Services. 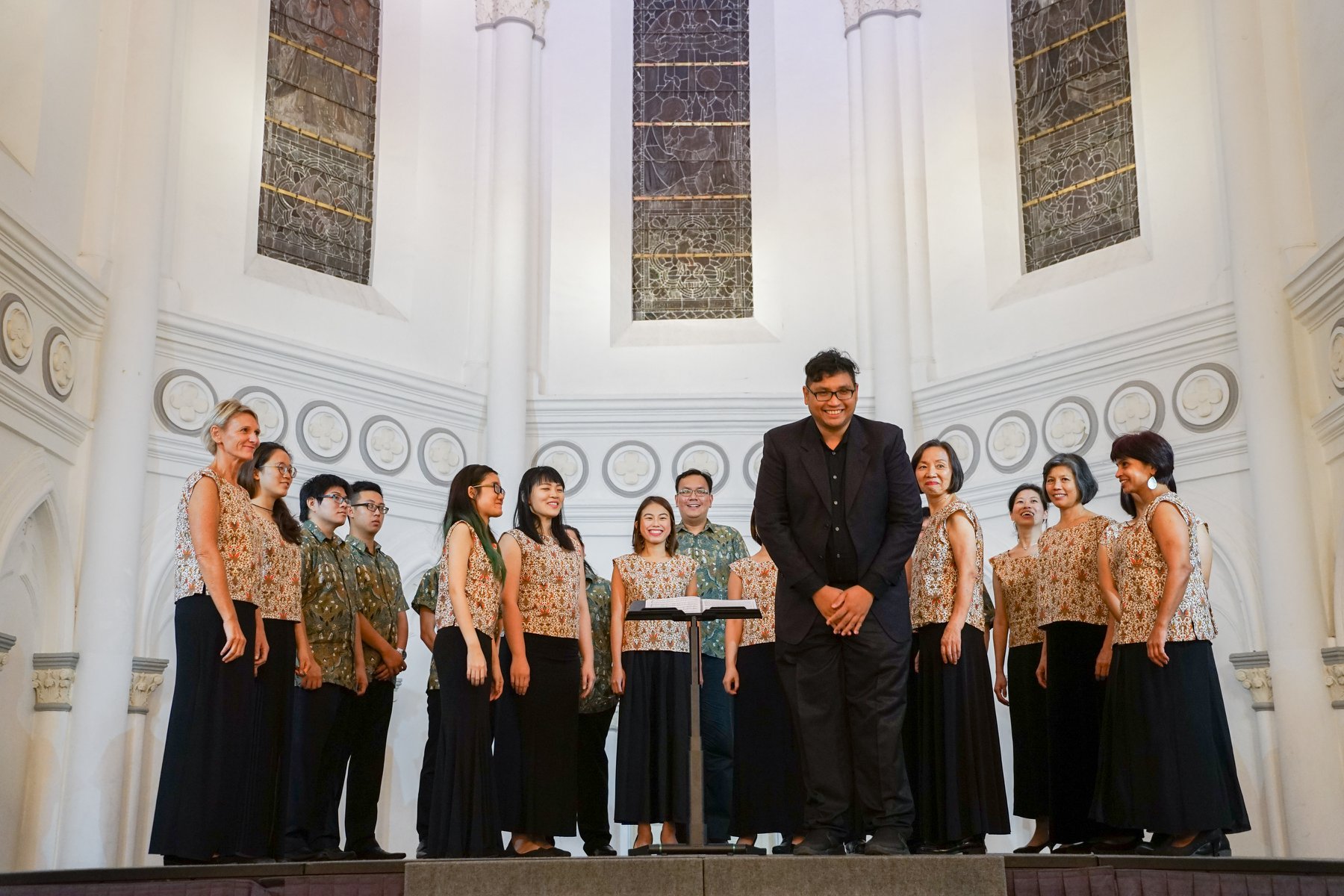 Under the kind invitation of Voices of Singapore Festival, Vox Camerata had the privilege to represent “non-auditioned choirs” and perform in the beautiful Chijmes Chapel. 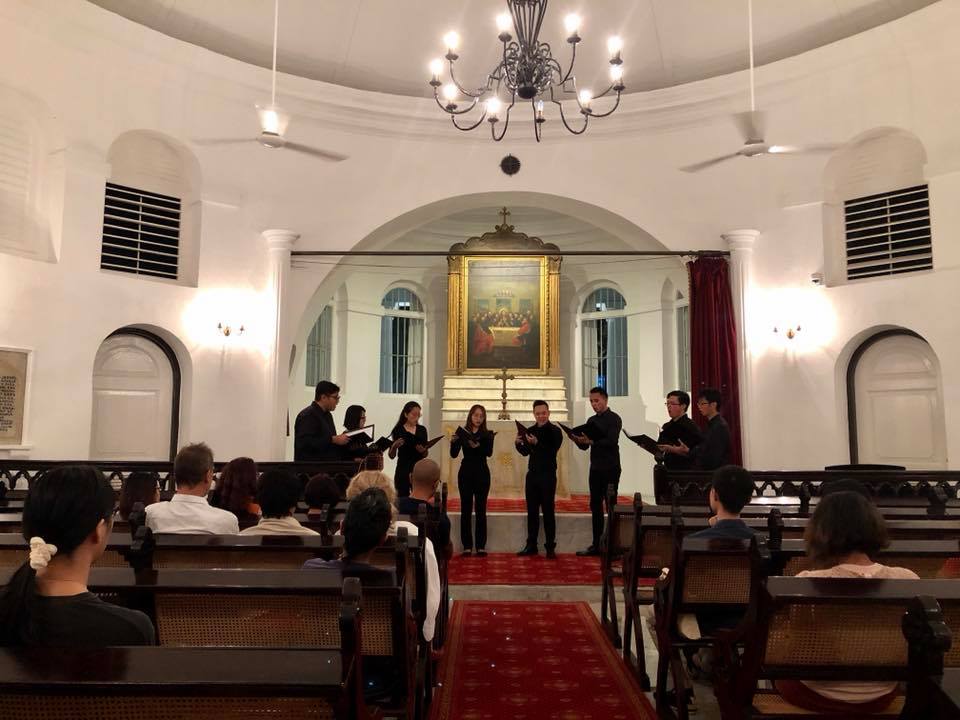 Under the generous invitation of Konzert, Vox Camerata was invited to perform in Do You Hear The Community Sing?, a collaborative concert by community choirs in Singapore. We performed alongside The ACJC Alumni Choir led by Ms Valerie Wilson, The Graduate Singers led by Mr Adyll Hardy, Schola Cantorum Singers led by Mr Albert Tay, Singapore Lyric Opera Children’s Choir led by Ms Rose Loh, Victoria Chorale led by Mr Nelson Kwei and Vocal Consort led by Mr Foong Hak Luen. Among the repertoire performed, highlights included works by Singaporean composers and arrangers such as Kelly Tang’s The Daffodils performed by The ACJC Alumni Choir and Zechariah Goh’s Singapura Dilanggar Todak performed by Victoria Chorale. It was a memorable night for us as we debuted our Artistic Director, Shahril Salleh’s arrangement of Eres Tu (‘For You’) which was arranged for the Golden Girls of Vox Camerata, Lyn and Lizzie. This performance is dedicated to Lizzie, for wherever she may be a part of her will always be with us. 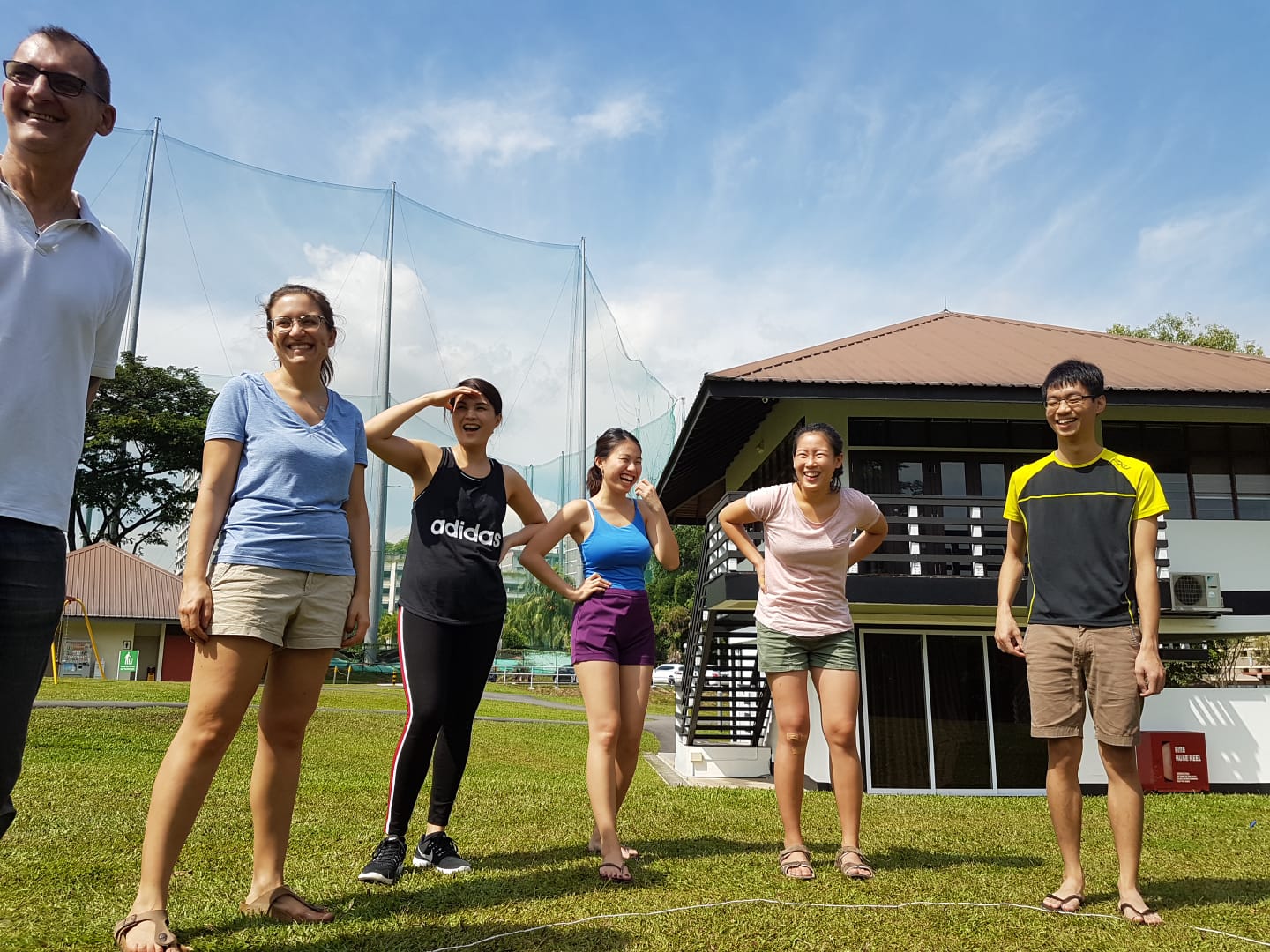 Once a year, the choir takes a vocal break away from our scores to get to know one another better, not just as choristers but as friends and family. The day began bright and early with a game of BINGO in which we found out that amongst us, some had the ability to bend body parts in unusual contortions, one lived with a retired member of the Singapore police force (her dog!), one was from the secret service and one had even been to prison several times. In the afternoon, the choir huddled together to talk about dreams and aspirations before putting our creative juices into crafting our individual feather brooches – a tangible symbol for the new choir identity we’re working towards! Just before dinner, we poured our hearts and souls into sharing a moment in our lives that was significant. The night finally ended with a humble dinner buffet.

OCT 14 / NUSS CHOIR CONCERT: ‘WHY WE SING’
@ SCHOOL OF THE ARTS CONCERT HALL 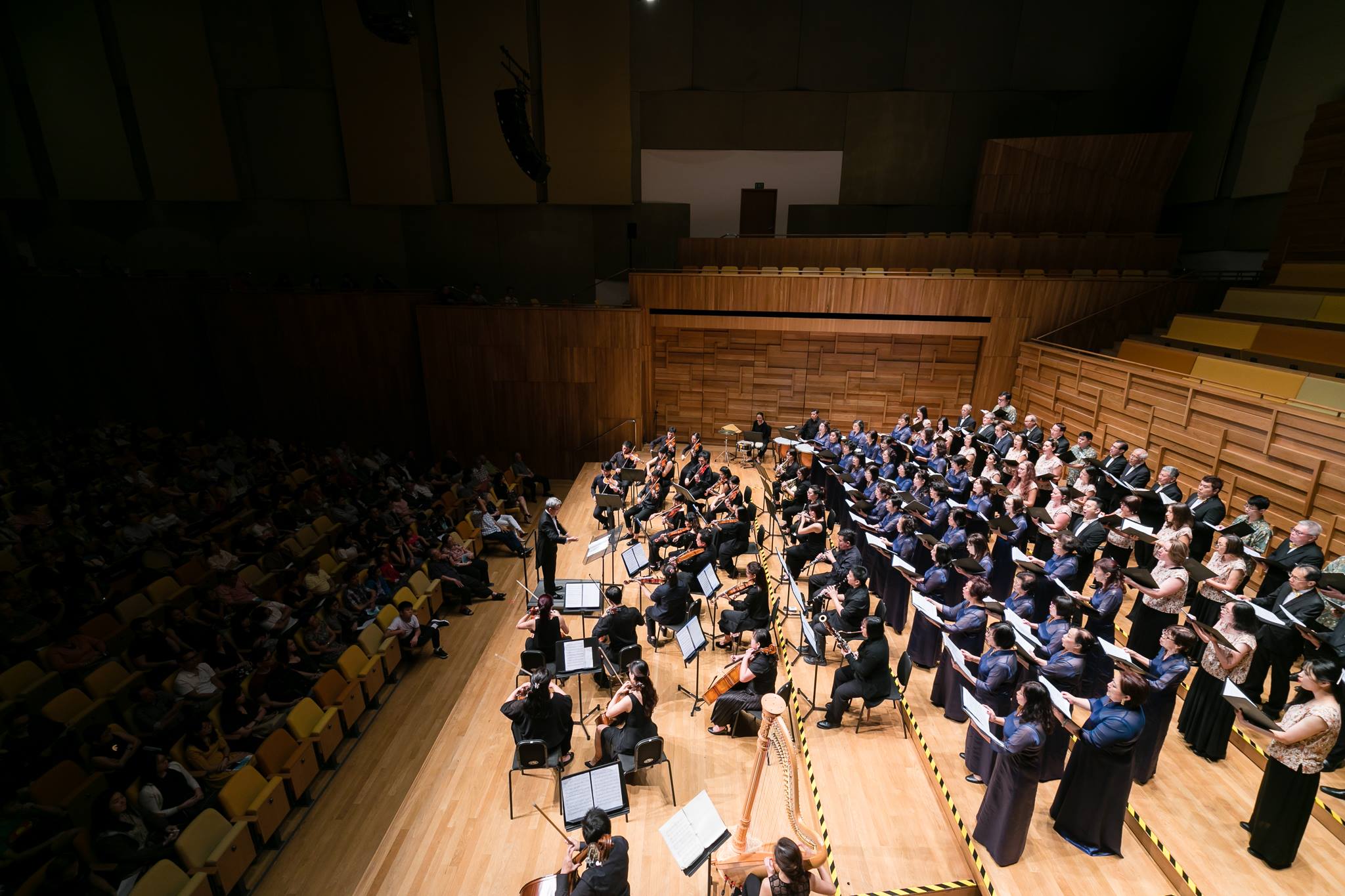 We were really privileged to have been able to perform John Rutter’s Magnificat again within the span of 2 years. This would not have been possible if not for the kind invitation of NUSSChoir and conductor, Mr Adyll Hardy as part of their 20th anniversary celebrations. For most of our members, it was their first time experiencing singing together with an orchestra! The matinee performance of Movements 1, 2, 4 and 7 was accompanied by da ka:po Late Starters Orchestra under the baton of Mr Eric Lee. We also had the chance to perform Simple Gifts and Roads together with our lovely hosts! 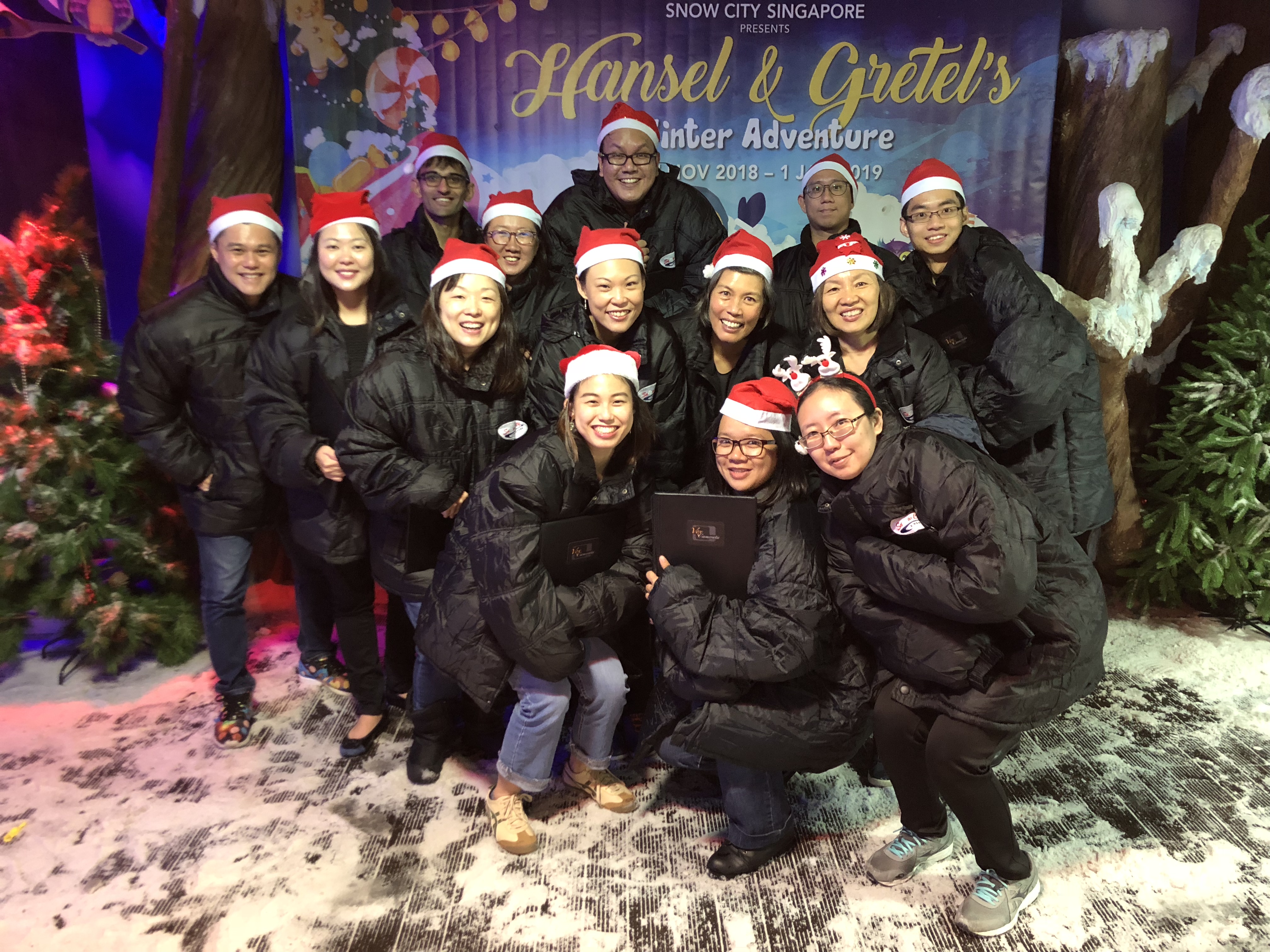 Once again, we ended the year with caroling! This Christmas, we spread yuletide joy at Cluny Court, the Centrepoint, Crowne Plaza at Changi Airport and Snow City.

Thank you for an amazing 2018! Without your support – our families, friends and fans – we wouldn’t have made it this far. 2019 will see us embarking on more adventures, so don’t be a stranger and join the ride!